Would love your support... 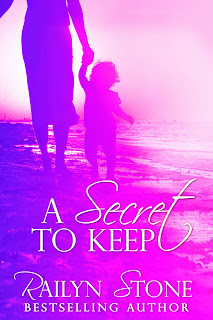 My new novel, A Secret to Keep, will release on June 4th! If you would like to help promote it, please sign up for this thunderclap. Thank you in advance. -Railyn
Posted by Unknown at 6:21 PM No comments:

There are some amazing writers from the 5 Prince Publishing family releasing books today! Check them out. 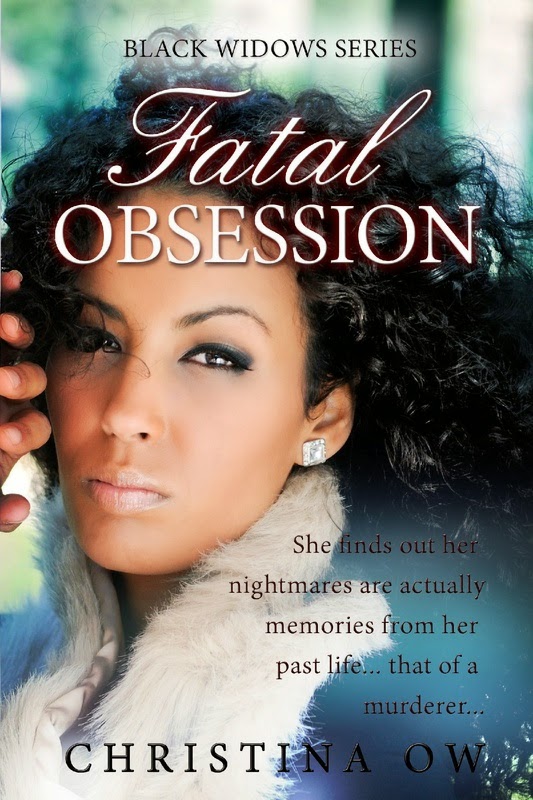 Fatal Obsession
She finds out her nightmares are actually memories of her past life… the life of a murderer. Could she truly be the deranged Ellsa Jabari who’d almost added her own sister Ellie to the list of people she’s killed? Amnesia can be a real bitch!

Bio for Christina OW:
I’m the last of my mom’s three girls and I’m also a twin (she is an author too). It’s a lot of fun playing tricks on people with my twin sister. We did so a lot when we were younger but not so much now. We were raised by my mother and we owe her so much and try to make her proud every single day.
I would rather curl up on the couch with a book than go out which also means I’m not into the night life. My pajamas are my best friend because they are so comfortable and only dress up when I go out if there is a good chance I’ll meet a hot guy! 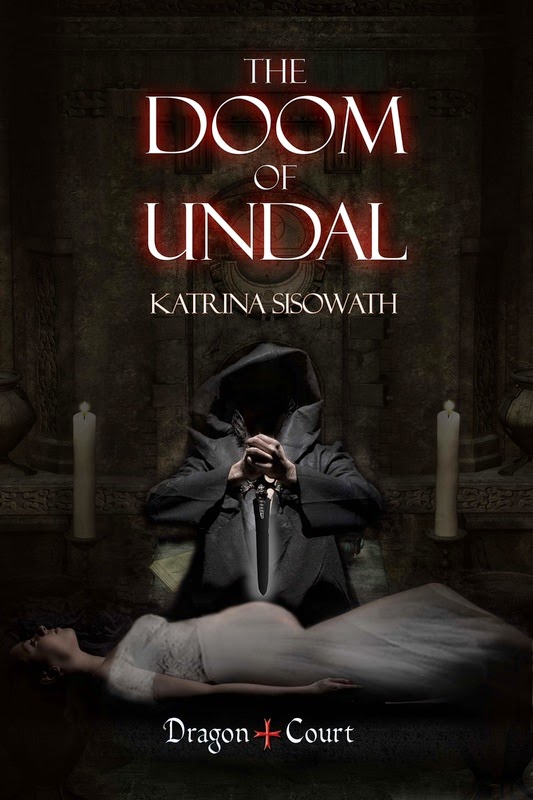 The Doom of Undal
The Dragon Court has ruled Tiamut uncontested for millennia, bringing knowledge and prosperity to all.
Yet all is not as it seems---far to the West in the land of Undal, mightiest of the nations, the Royal Queen and her children are struck with a mysterious illness and perish. Was the Dragon Court responsible?  Or had the Queen had been experimenting with dark magic?
Her grieving son, trained in the dark arts by the goddess Eris herself, swears vengeance.  When he defies the Dragon Court and they rescind their blessing on his royal house, he must turn to his mother's experiments and ancient blood rituals to achieve his aims.  In his quest for truth he will become the greatest threat Tiamut has ever known.
With details pulled directly from Plato (yes, THAT Plato), The Emerald Tablets of Thoth, Sumerian and Egyptian mythology, The Doom of Undal tells the story of the Fall of Atlantis.

About Katrina Sisowath
Katrina Sisowath, nee Little, (1979--) was born in Frankfurt, Germany to an English father and American mother. Her formative years were spent in South-East Asia before returning to England to finish her studies. Deciding to follow in her father's footsteps, she enrolled in a University in China hoping to become a Mandarin-English translator. Visiting her father in 1999 who was living in Cambodia resulted in her meeting her future husband, settling down and opening a preschool. The couple have since chosen to return to England for their daughters' education.

On a personal level, Katrina is an avid book reader and loves mythology, history (preferably together), ancient civilizations and anything to do with occult ideologies and practices. Mages, Serpent Priestesses and the 'real' Gods, aka the ANNUNAKI(the prototypes for those we know today in the form of Greek, Roman, Indian and even the Biblical characters) are all addressed on her website www.katrinasisowath.com, with of course, descriptions of Dragons, consciousness altering drinks and powders and what the scarlet clad priestesses really got up to in their sacred chamber.

Her first book ‘Serpent Priestess of the Annunaki’ was released by 5 Prince Publishing on June 19, 2014 and quickly became an Amazon Bestseller. The Doom of Undal pt 1 is the second book in the Dragon Court series

It's here. Release Day for 5 Prince Publishing is here and here's one of the authors releasing a novel today...Wilhelmina Stolen with Love Finds Its Way! 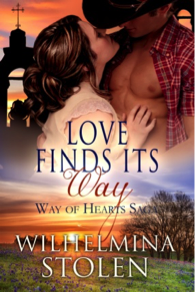 Lucas arrived at the Sullivan mansion as an orphan with a vicious burn on his side. The mark is a clue to his past, and the accident that took his family. The Sullivans gave him a home, raised him as their son, and made him heir to their fortune. He has everything a man could want, but he's tortured by the secrets from his past. He's a man without a name.

For seventeen years, Lucas has called the Sullivan girls his sisters, but his feelings for Callie have changed from brotherly to those of a man for a woman. As the passion between them ignites, Lucas is forces to make a choice between claiming Callie, or finding out who he is.

On a cold January night, Lucas leaves to follow a clue to Texas, but not before he has Callie promise, "I will wait for you."

Secrets unfold, and Lucas discovers the answers he seeks. Is it too late for Lucas and Callie, or will their love find its way?

About Wilhelmina Stolen
Wilhelmina Stolen is the pseudonym for romance writer, Shannon Hayes. Shannon is a native of Kentucky and makes her home in a small southern town close to the Tennessee line. During her adolescence, her mother’s free spirited nature became restless causing the family to embark on a slew of adventurous moves across the country. The moves provoked a hunger for adventure and romance and introduced her to a wonderful world of history and beauty.

As with most writers, her stories began at an early age with long sessions of seclusion and secrecy. While her classmates and friends were outside playing, Shannon was locked away in her room hammering out ideas on an old 1940’s Royal typewriter.

After finding Mr. Right, Shannon found herself wanting the comfort and security of the small Kentucky town she longed to escape as a child. Fortune smiled upon her and she became the family historian; gathering pictures, wills, marriage certificates and everything else that somehow managed to fall into her lap. Stories flooded her mind and writing quickly became an obsession that turned into the Way of Hearts Saga. The saga spans six generations and three families.

Shannon holds an Associates in Applied Science in Technology, a Bachelors of Science in Business Administration and Management as well as a Masters in Educational Leadership. Visit her author page at www.wilhelminastolen.com to learn more about the saga.

It's release week for 5 Prince Publishing and there are a few great authors releasing new works this Thursday, December 4th. Next up...Jessica Dall with The Paper Masque! 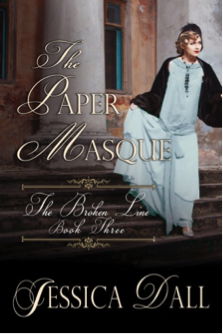 The Paper Masque
Elsie Wembley has never suffered boredom gladly. Oldest of three—and second in line to the throne—she knows Carby like the back of her hand, always staying only one step ahead of trouble. When Elsie meets button-down Laurence Flynn, however, it seems she may finally have found someone to keep her out of it for good—at least until his secrets catch up to them.
With war on the horizon and nothing certain, Book 3 of The Broken Line Series continues in a quickly changing world.

About Jessica Dall
Jessica Dall finished her first novel at age 15 and been writing ever since. She is the author of such novels as Grey Areas and The Bleeding Crowd, the Broken Line Series, and a number of short stories which have appeared in both literary magazines and anthologies. When not writing, she works as a freelance editor and creative writing teacher in Washington, DC.

It's release week for 5 Prince Publishing and there are few great authors releasing new works this Thursday, December 4th. Next up...Wayne Orr with The Silver Unicorn. 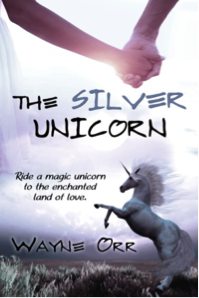 The Silver Unicorn
Johnny is still recovering from a suspicious car accident that he knows was no accident. Glinda is still scarred from an attack in her youth and in denial about her magical gifts. When these two guarded hearts meet at a concert the magic begins but there’s little time for Romance.

These two star crossed lovers embark on a magical journey through a time space portal aboard a magical unicorn. This portal is being misused by a group of interplanetary smugglers who will stop at nothing to keep their operation going. It's up to Glinda and Johnny to shut this nefarious enterprise down.

These two mavericks face, a mob of cruel demons, a 7-foot human named Grito, a Pit of Cleansing Fire and manage to fall in love along the way.

Wayne holds a Bachelor of Journalism degree from The University of Texas in Austin. He spent twenty-eight years working for the federal government writing manuals and regulations, first in San Antonio, Texas, then in Dayton, Ohio and finally in the Washington, D.C. area including the Pentagon.

He is retired and lives in Alexandria, VA, just outside of Washington D.C. where he spends much of his time writing and traveling.

He has written three other books which are presently listed for sale on Createspace.com, Amazon.com and numerous other online locations. They are Lonely Texas Road, Dust and Empty Dreams, and The Awakening (The Gay Preacher).

Wayne has also had several poems and short fiction pieces published in the Rusty Nail Literary Magazine. Additionally, he has published work on the Flash Fiction World website.